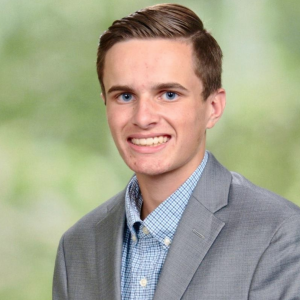 We would like to introduce you to Calvin Joseph Stow-Ortiz (born 2003), who is known as “Arthur FL” within Patriot Front (PF). It is easy to identify Stow-Ortiz through the metadata of a Word document included in the PF data leak. That’s right, Stow-Ortiz got “doxed” through his .docx! PF member “Arthur FL” sent his leader, Thomas Rousseau, the Word document containing lyrics for a “marching song” he hoped the organization would adopt. (“Arthur FL” had taken a Finnish marching song and added his own cornball lyrics.) After “Arthur FL” sent his work to Rousseau, he received a terse “Will take a look” reply followed by complete silence, a fact which suggests that the lyrics were too embarrassing even for Rousseau.

Stow-Ortiz’s leaked communications as “Arthur FL” show that he traveled regularly to promote PF and do “activism” for the group. He mentioned one trip with PF member “Ulysses FL” to southern Georgia, where “We hit Bainbridge, Thomasville, then Valdosta” with PF propaganda. Stow-Ortiz also attended a November 20 training session with Florida PF members and “unaffiliates” (sympathizers who are not formally part of the group). This training session was in preparation for PF’s December 4, 2021 national rally in Washington, DC. PF assigned Stow-Ortiz to the “screen left” shield-bearing section for this masked rally. Stow-Ortiz later commented that during this march, “half our guys [in the organization] weren’t even [marching] in step”.