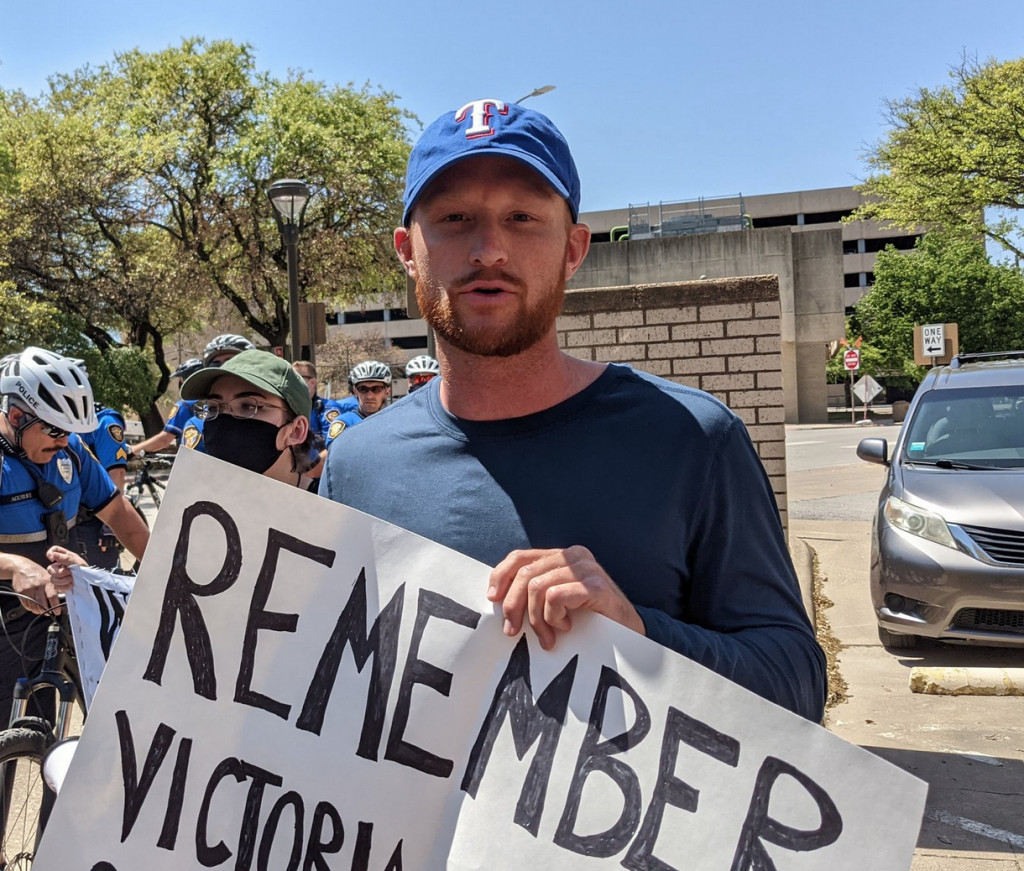 Thanks to the help of a tipster I am able to identify a pseudonymous member of a White Lives Matter rally in Fort Worth, Texas last year who spewed white supremacist talking points. Apparently, he was a member of Patriot Front and doesn’t live in Texas.

At the time, he gave a fake name. I later found social media accounts associated with his pseudonym, which included anti-Semitic memes on Facebook and pro-Hitler apologia on Quora.

Jeff Daniel runs a naturopathic business in Arizona. The Facebook page for the business includes blatant Covid-19 misinformation and one meme that looks extremely odd out of context but makes more sense when you know about Jeff’s political hobby.

As I said then, I will say now: the most vocal members of the White Lives Matter rally in Fort Worth, like Jeff Daniel, clearly harbored racist or white supremacist beliefs, which they poorly tried to conceal with watch-words and concern trolling about victims of violence.