Let’s all say hello to Austin James Amato aka “Adam TX PF-4366” of Fort Worth, TX. Austin Amato is a member of the violent nazi/white supremacist organization known as Patriot Front led by Thomas Rousseau out of Haslet, TX. 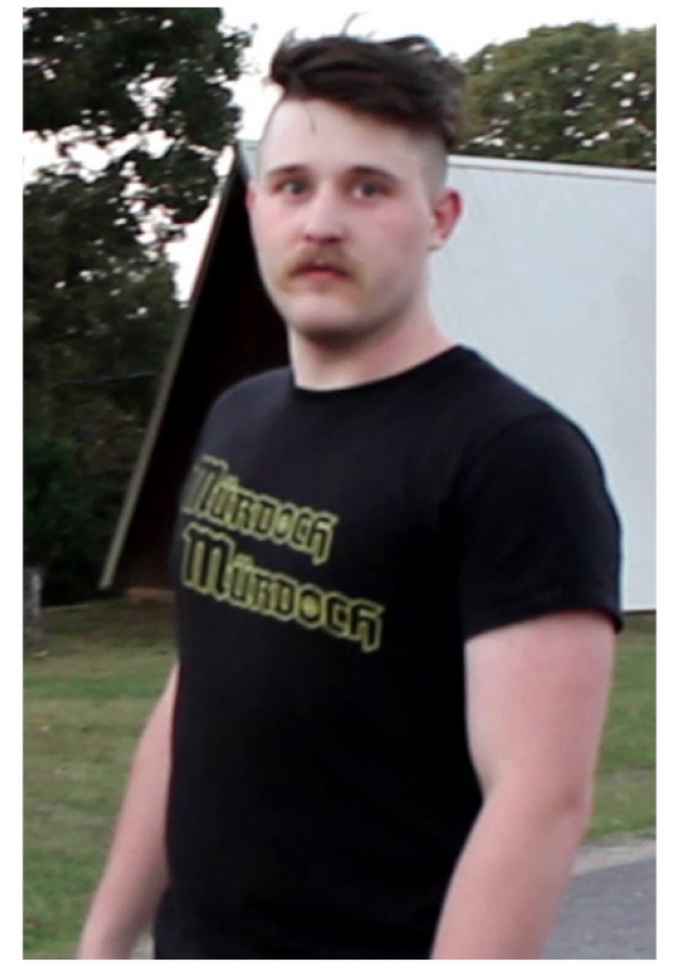 Austin Amato was solely responsible for the fabrication of the metal shields and shin guards worn by Patriot Front members in the fall of 2021 to their demonstrations. He was also arrested with Patriot Front member Tristan Michaelangelo Yeager in May of 2021 in Sanger, TX on a charge of deadly conduct.

Austin Amato, along with Patriot Front member Graham Jones Whitson, and another unidentified man, were seen in the early hours of April 18, 2022, putting up a Patriot Front banner and stickers in downtown Denton, TX. The banner was strategically placed on the Dr Martin Luther King pedestrian bridge. Intercepted by a local trans activist and told to get the fuck off his block (and it is his block) Patriot Front members knocked the phone out of his hand and threatened that if he didn’t walk the other way they were going to keep his phone and he wouldn’t “leave in one piece”