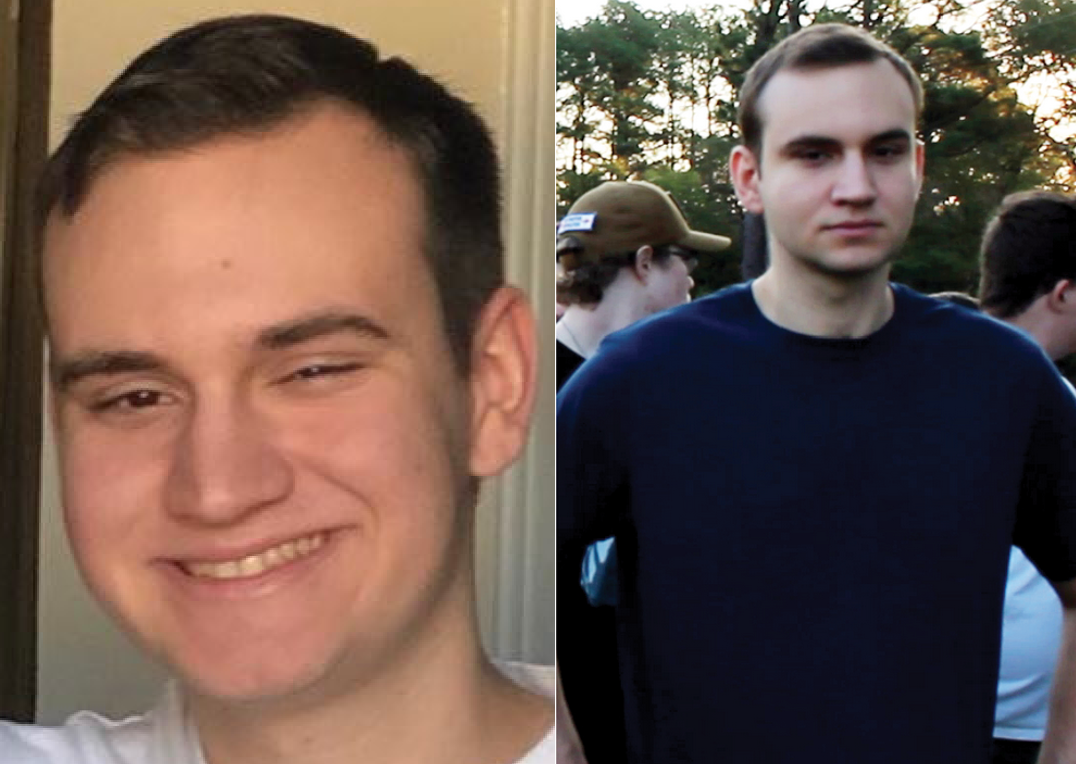 John Thomas VonDrashek III of Denton, TX was first identified as a member of Patriot Front by @southdallas161 on Twitter, after his Mom’s SUV was spotted near the Orange Grove MBTA station in Malden, Massachusetts on July 2nd. VonDrashek and his Patriot Front buddies drove all the way to Massachusetts for a fascist power walk in Boston, only to have the locals mostly ignore them (or give them the finger) because their Nazi sidewalk stroll coincided with “Chowderfest.”
Patriot Front members choose pseudonyms when they join the fascist group. John Thomas Vondrashek III chose “Lewis TX” and used this pseudonym in Patriot Front’s private chat server. This chat server was subsequently leaked to the media group, Unicorn Riot, and the contents were published in January 2022. You can read “Lewis TX” messages here.
VonDrashek has been involved in acts of vandalism in his hometown of Denton, TX, and made plans for further placement of neo-Nazi advertising materials on the University of North Texas campus there. After Patriot Front marched and rallied at the National Mall in December 2021, VonDrashek was anxious to capitalize on whatever dubious publicity the group managed to drum up.
At the event in DC, VonDrashek carried one of the metal shields fabricated by his buddy “Adam TX,” aka Austin James Amato. Chat logs suggest that VonDrashek may be employed at the same place as Amato, although it is suspected that he works in the office – nothing on his resumé indicates that he has any qualifications as a metalworker.