Michael Alan Jones is a member of Patriot Front and uses the pseudonym ‘Adam NC’ within the fascist organization. He is from Charlotte, North Carolina, and also has ties to the North Carolina Proud Boys.

Raw Story reports that Michael Jones marched to the US Capitol with hundreds of Proud Boys on January 6th, 2021. He pulled away barricades on the West Plaza and entered the Capitol from the northwest courtyard side door. Michael Jones was later arrested for a curfew violation the night of January 6th, along with NC Proud Boys Jay Thaxton, James Smawley, and Tim Scarboro.

Michael Jones became active with Patriot Front after January 6th, 2021, and adopted the name “Adam NC.” Videos from the massive Unicorn Riot leak of Patriot Front’s internal communications server, show Michael Jones participating in banner drops and casing a park where he and other Patriot Front members planned to vandalize a sculpture honoring abolitionist leader Harriet Tubman. Jones was entrusted by Patriot Front’s leadership to coordinate their communications for their December 4, 2021 march on the Capitol building in Washington, DC.

On March 19, 2022, Michael Jones was arrested in NY state after committing a traffic violation. In his vehicle, law enforcement found Baofeng radios, bolt cutters, knives, ammunition, “burglary tools,” and an AR-15. After returning to North Carolina, Jones was arrested by Mecklenburg County, NC sheriffs and charged with ‘knowingly and unlawfully possessing a firearm and ammunition by a convicted felon.’ The felony in question stems from 2019, when Jones plead down from the original statutory sexual offense charges to felony “crimes against nature” after accusations of sexual assault by a 15-year old and a 14-year old. 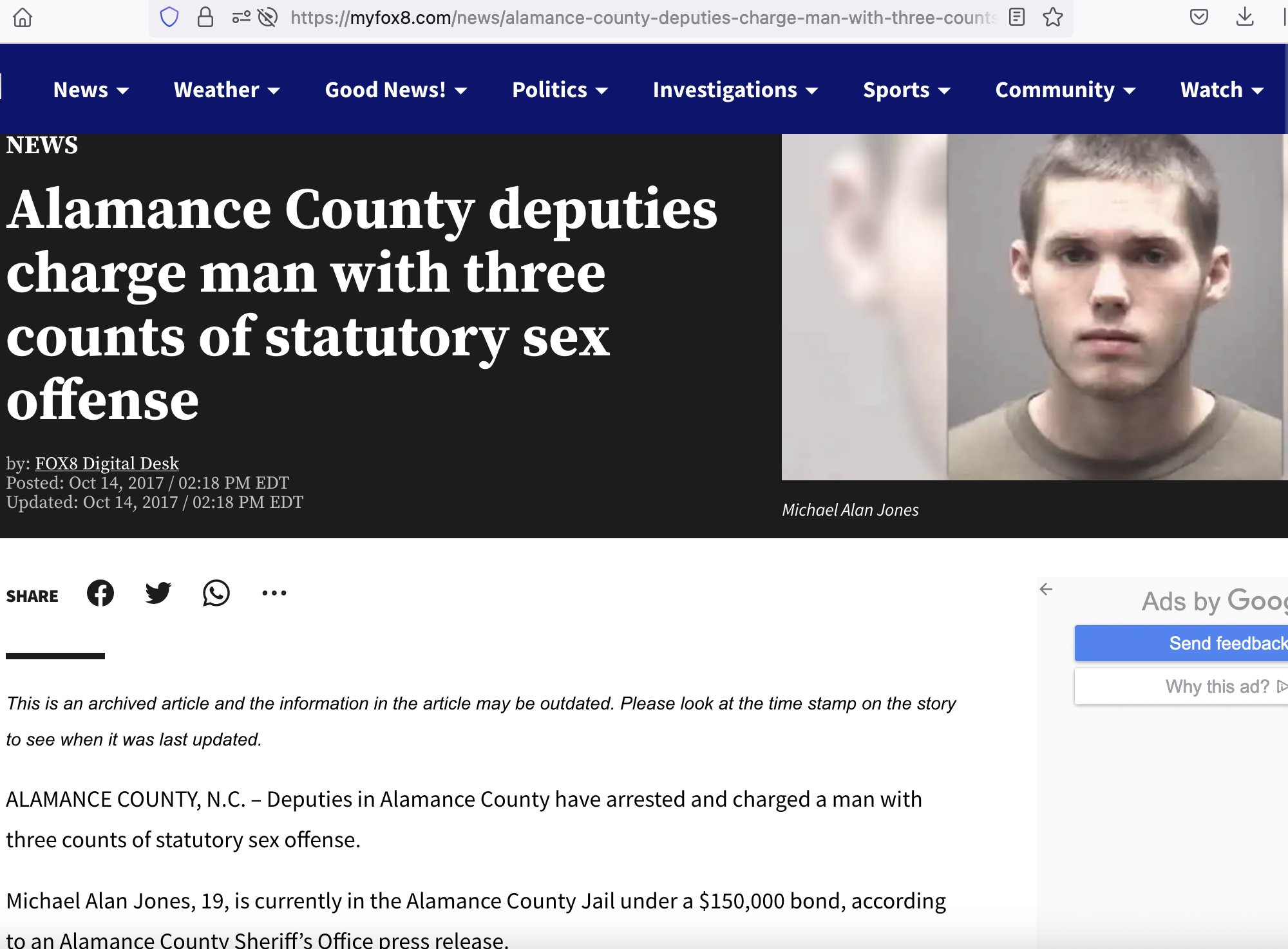