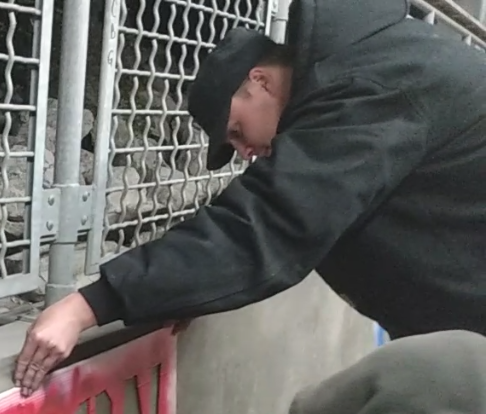 Mark MO was critical in helping Missouri members plan and show up for the Neo-Nazi march in Washington DC in December 2021 [9, 10] and acted as a medic for the march [11]. We were able to spot him wearing a white vest, which was standard for the medics during the December 4th march [14]. Ian also wore identical pieces of clothing while doing hate graffiti in Kansas City as when Patriot Front prepared for the DC March at their training camp.