Nathaniel has a sticker collection which contains many hateful antisemitic and racist references, which is just a peek into the hateful personality that drove Nathaniel to join Patriot Front in the first place [10]. One of his stickers even depicts murderer Kyle Rittenhouse as a saint. Yikes.

Nathaniel was in attendance for Patriot Front’s March on December 4th at the National Mall in Washington DC. He coordinated being picked up by “Leo MO” [8] in Patriot Front’s internal communications server. After the march,  “Mark MO” aka Ian Fletcher sent Nathaniel a photo of two individuals in front of Patriot Front’s re-decorated “hate bus,” which was used to transport many members from Missouri to Washington DC [9]. Nathaniel is pictured in the photo, on the right. 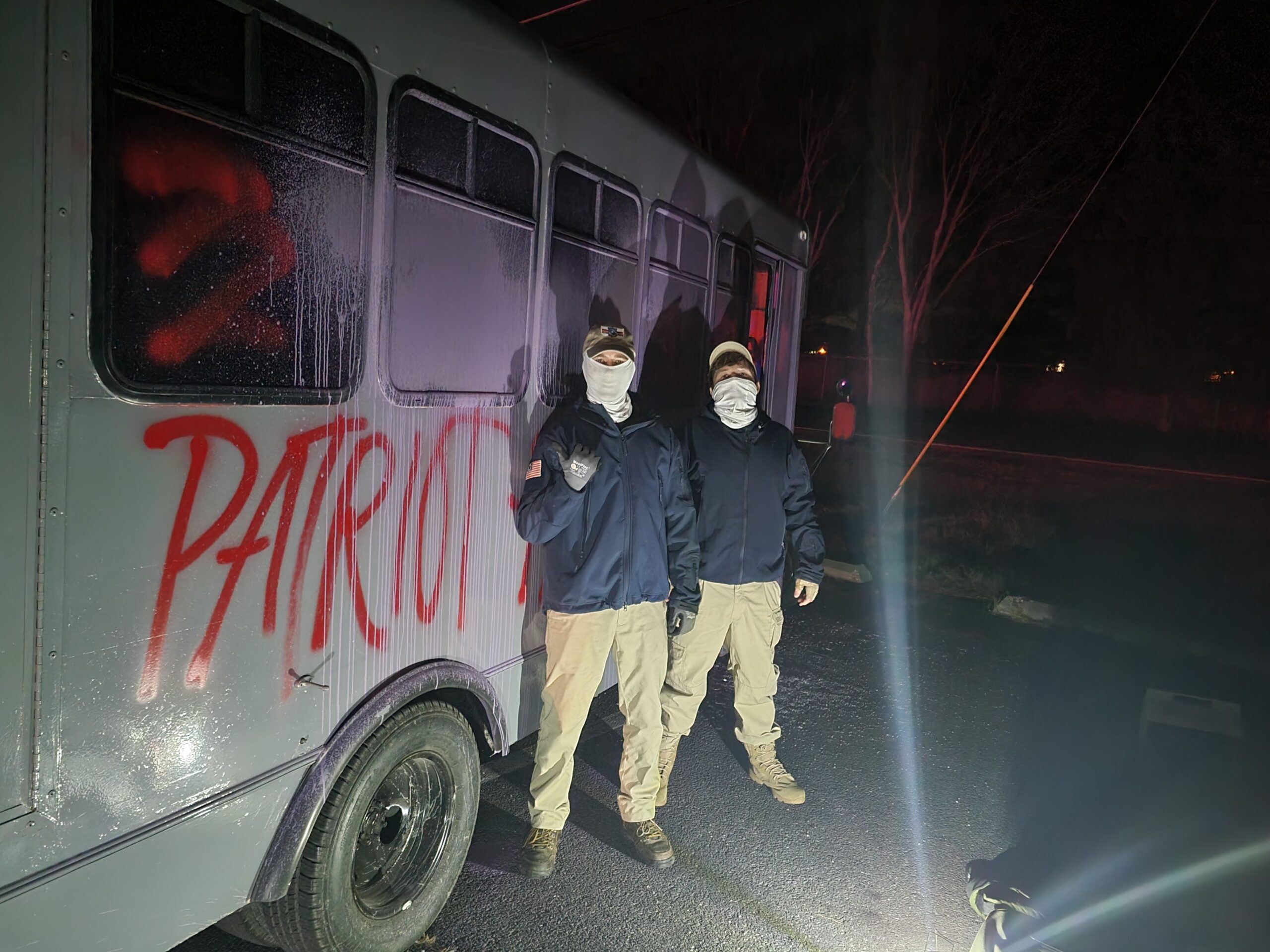