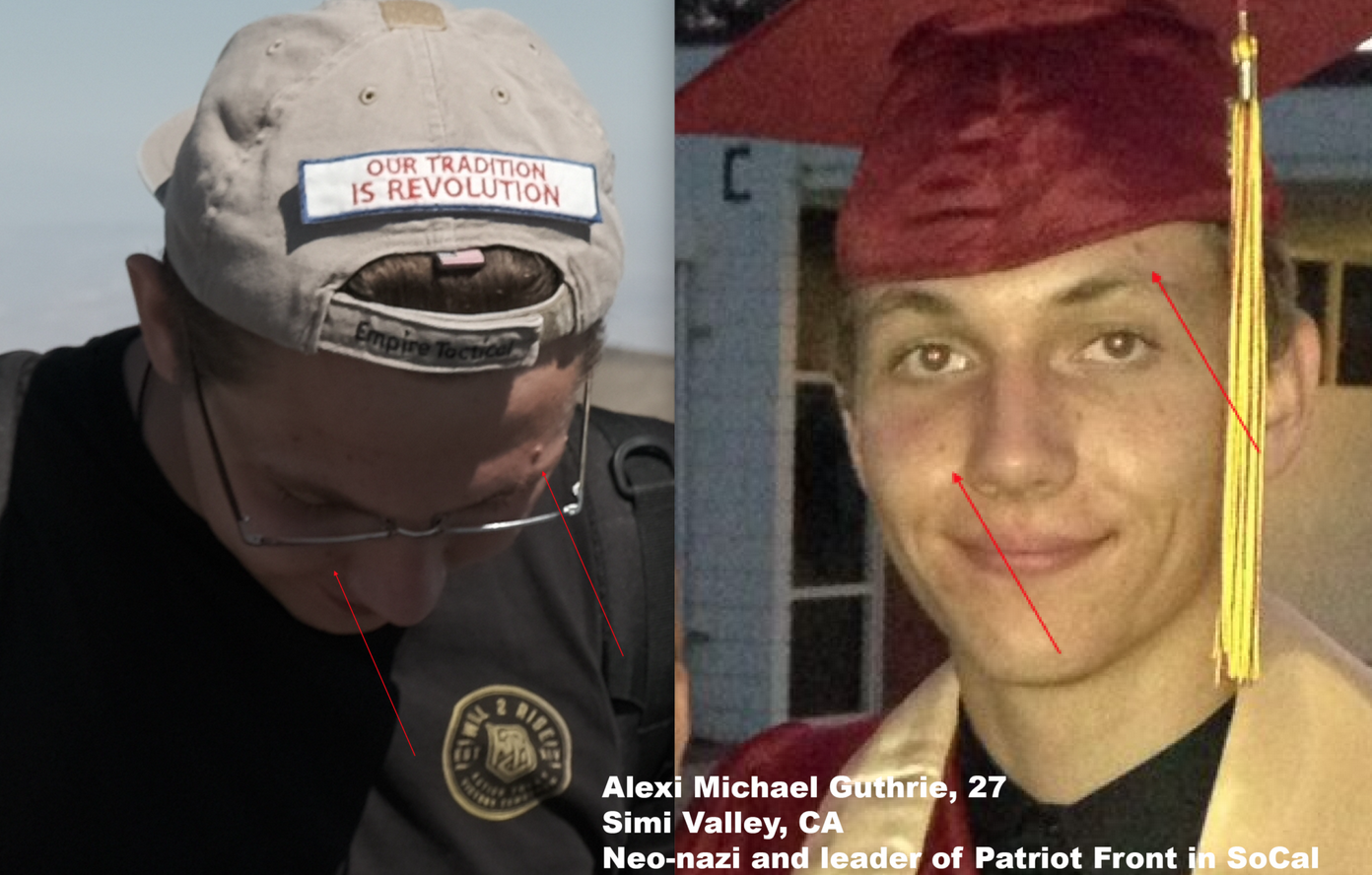 Alexi Michael Guthrie, 27, of Simi Valley, CA, is an avowed National Socialist and the de-facto “network director” for the Southern California division of American neo-nazi group Patriot Front. Guthrie, operating under the alias “Brandon CA“, has extensive ties to Patriot Front’s leadership and is responsible for recruiting and for planning & organizing events for what has been called “the most active white supremacist group in the nation.”

Alexi Guthrie, who describes himself as a National Socialist (Nazi), is a highly active white supremacist with ties to other extremist groups including Rob Rundo’s Will2Rise, Jared Taylor’s American Renaissance, and the antisemitic National Justice Party.

In this article, we reveal new details about Patriot Front and Alexi Guthrie gathered by an anti-fascist infiltrator who attended the group’s events. Guthrie’s extensive activity on behalf of Patiot Front is further proven by the leaked Patriot Front private chat logs published by Unicorn Riot in January 2022. In these private chats, Patriot Front members have admitted to numerous hate crimes across the United States. 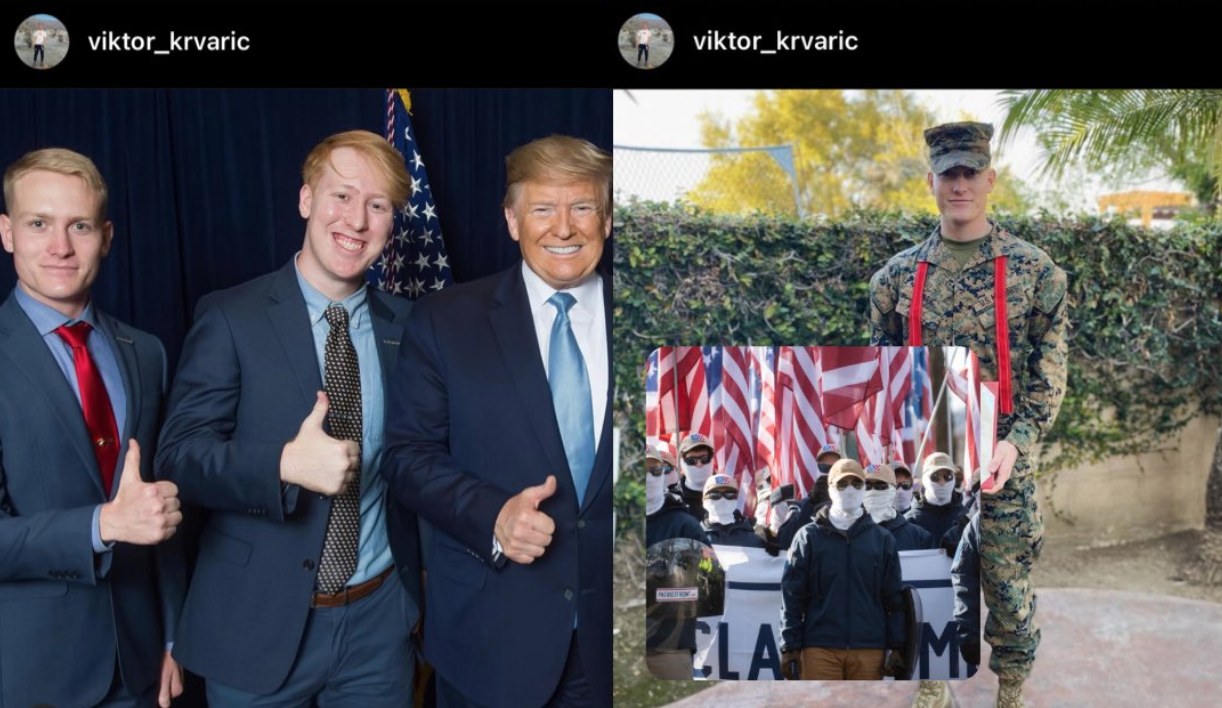 Yesterday we identified a Patriot Front prospect as San Diego local Victor Krvaric. Victor is corporal in the Marine Corps Reserve, and he also works as a contracted security guard for the Department of Homeland Security. According to leaked Patriot Front chat documents obtained by @UR_Ninja, an unnamed 21-year-old prospect (#441215) from San Diego was interviewed on 12/7/2021. In the interview, the person admits he “was” in the marines & did contract work for DHS.

Victor’s Instagram and LinkedIn profile show he works as a contracted security guard for DHS since Jan 2020 & has been in the US Marine Corps since July 2018. The interviewee admits he was doxxed because of a BLM protest. We first learned about Victor in 2020 when he threatened BLM activists with his car at a protest in Scripps Ranch. Victor’s face and name were spread around the Internet due to the threats.

Given this information & evidence, we have no doubt the San Diego Patriot Front prospect that was interviewed is Victor Krvaric. The interview of Patriot Front Prospect No. 441215 is here and here.

Update from 28 March, 2022: During the course of the investigation into Victor Krvaric’s Far Right connections, the Marines Corps found that he engaged in misconduct for another issue. He’s being processed for administrative separation. 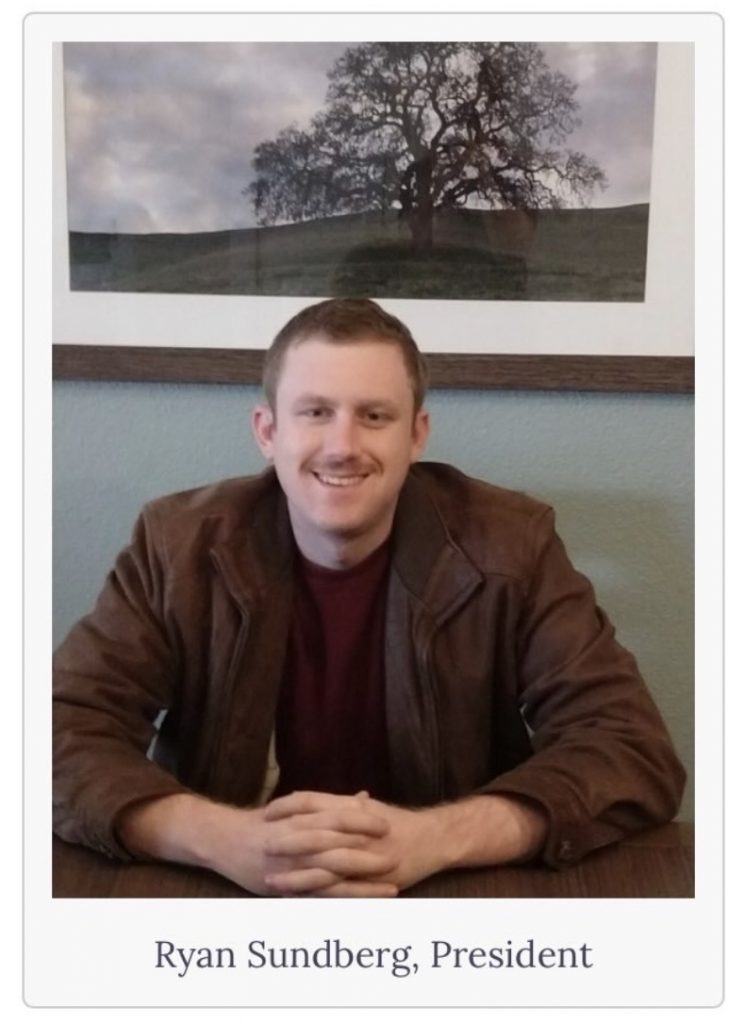 Ryan Sundberg is a member of Patriot Front that currently lives in Campbell, CA in a home owned by his wife Jennifer’s parents: Frank and Margaret Dixon. Photos provided to NoCARA document Ryan Sundberg attending a hike with other PF members at White Mountain Wilderness in Inyo National Forest earlier in 2021. Sundberg traveled to this PF gathering in a truck registered to his company Arctype Corporation. Occupation: works at Google; software engineer. 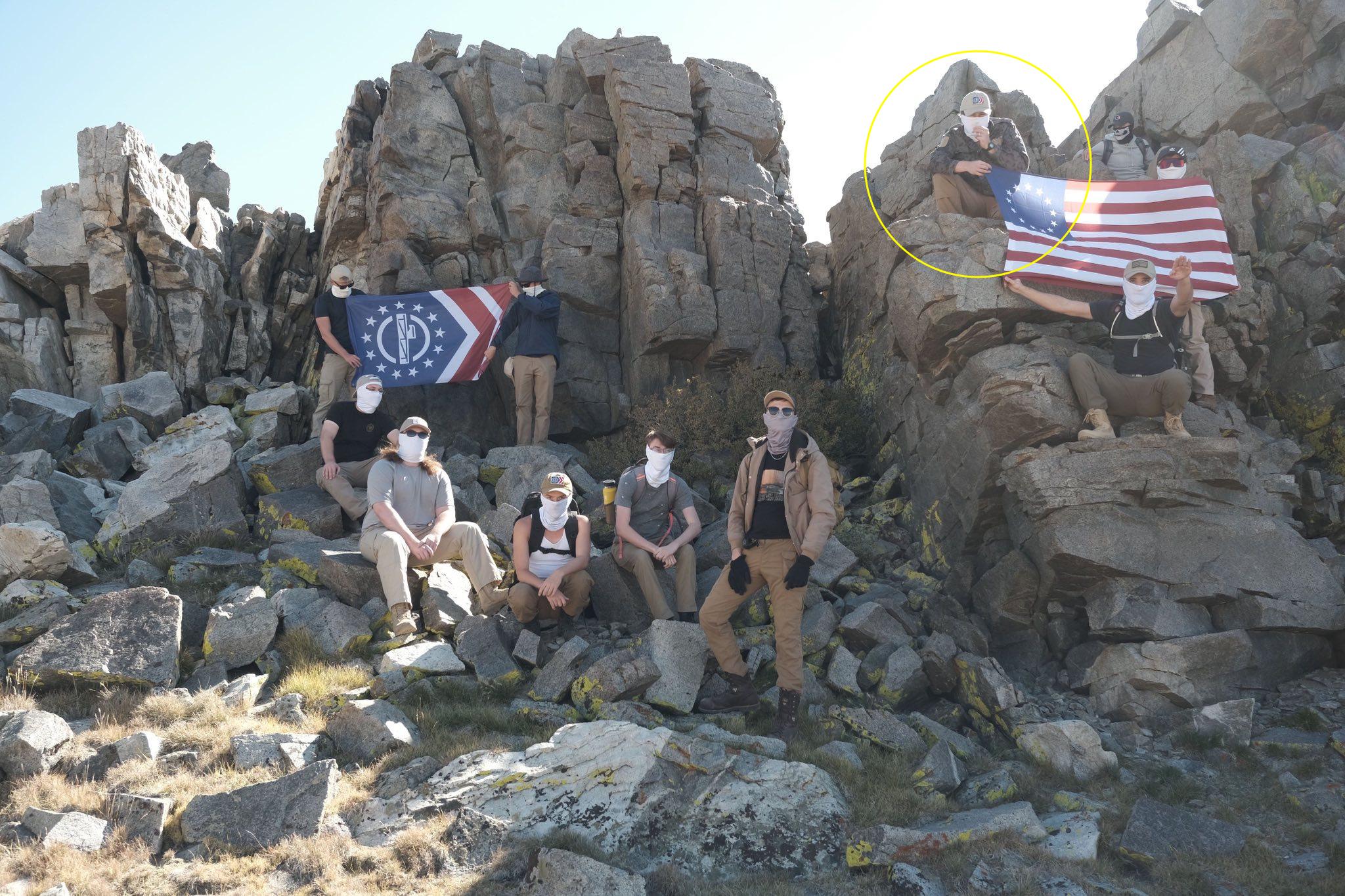