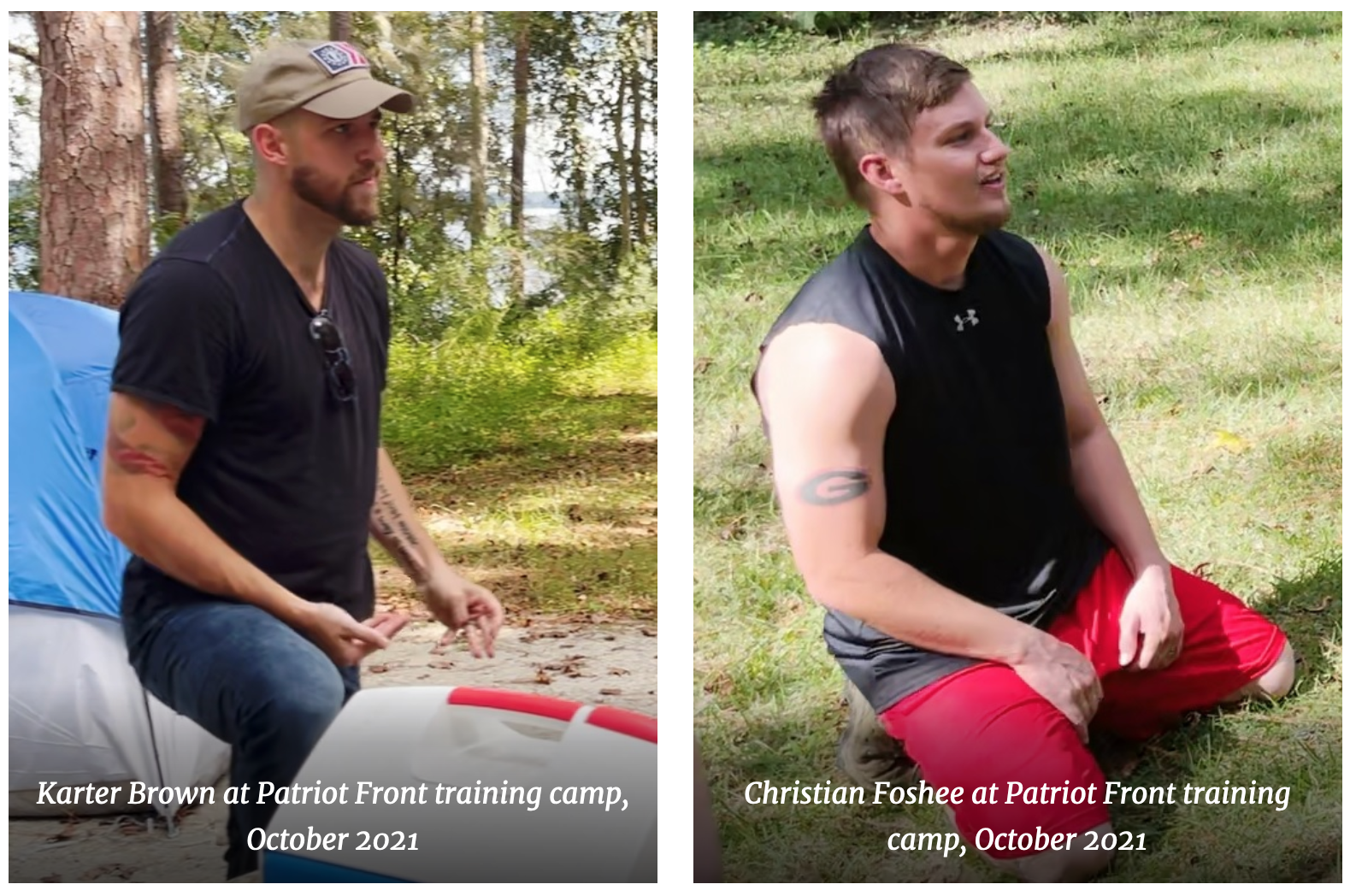 We are unmasking two members of Patriot Front in Georgia: Karter Regan Brown of Marietta and Christian Ian Foshee of Milledgeville. Patriot Front is a white supremacist and fascist organization, formed as a splinter from and rebrand of Vanguard America in the aftermath of 2017’s bloody “Unite the Right” rally in Charlottesville, Virginia. The organization is known for carefully choreographed marches, incessant placement of propaganda, and a nationwide defacement campaign against anti-racist murals, community spaces, and memorials to victims of police murder. All these activities are symbolic acts of intimidation, foreshadowing more literal violence. Patriot Front has tried to hide the identity of its members, but their organization has recently suffered a massive data leak.